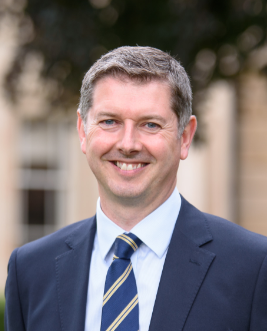 I grew up in Skegness, Lincolnshire, where I attended Skegness Grammar School serving as Head Boy.  I left school to study Physics at Manchester University, before completing my teaching qualification at Cambridge University. Before joining The Peterborough School, I was Head of Physics and Electronics at Merchiston Castle School in Edinburgh from September 1999, after starting my teaching career there in 1996. I have been Headteacher of TPS, since September 2007. The school educated girls only in the Senior School before becoming coeducational in September 2010. Previously, I was Director of Studies at TPS from September 2003, and was responsible for the academic performance of the school and ICT strategy. As Headteacher, I take responsibility for the overall leadership and management of the School and business. I am the Honorary Treasurer for the Society of Heads and I am an Independent School’s Team Inspector.  I enjoy looking after our garden, have a very active interest in technology and have a passion for mountain biking and road cycling. 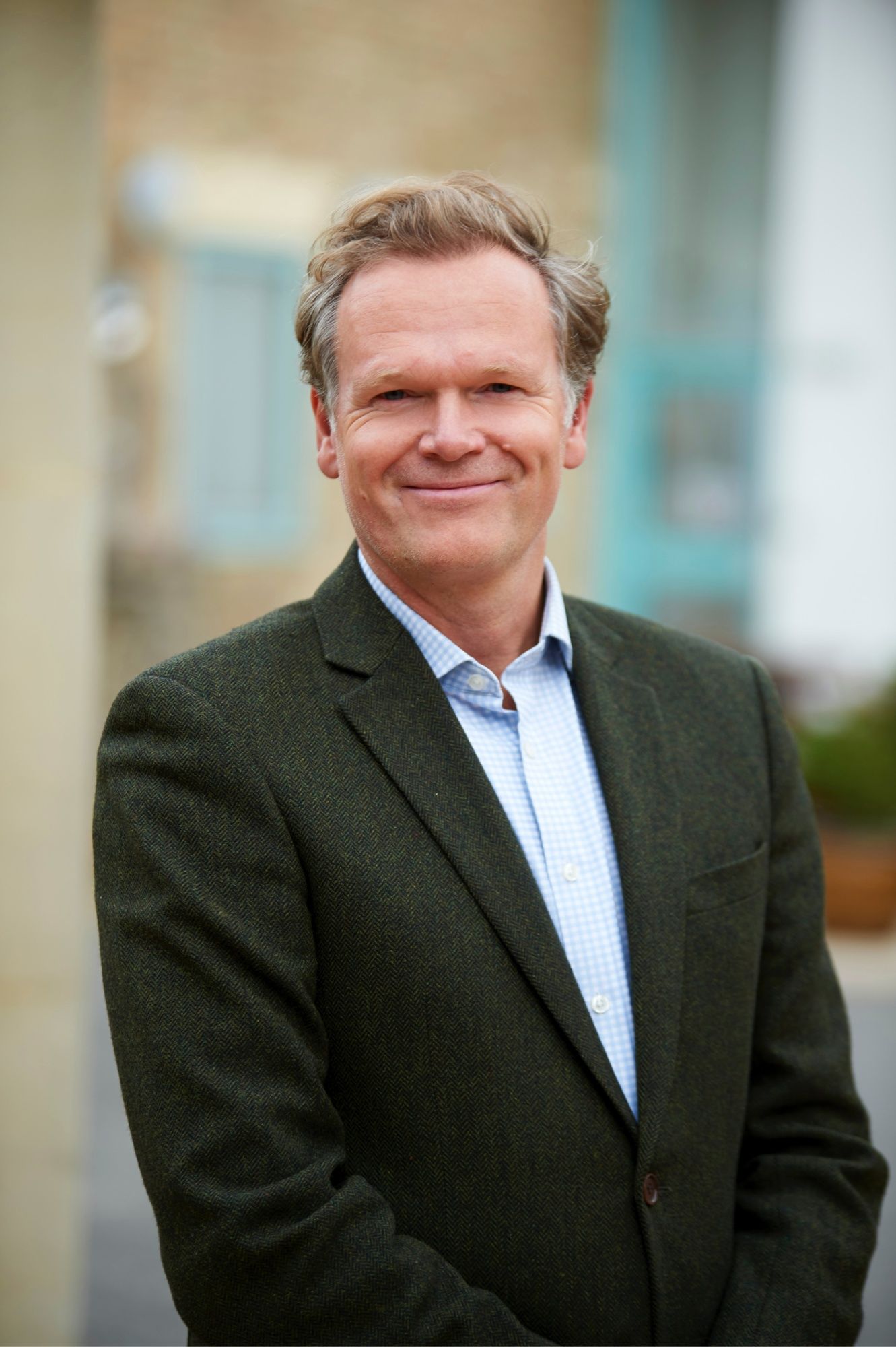 I have been at TPS for seven years as Deputy Headmaster, having previously been at Redmaids’ High School in Bristol, and before that at Millfield School in Somerset. I gained a First Class Honours degree in History from the University of Southampton, having studied history and international relations; and still have the privilege of teaching some history at TPS. I chose a career in education consciously, as a late entrant to the profession, in order to pursue my academic and sporting interests and passion for communicating these interests to students. I spent many years marking A Level history examinations for OCR; have previously been a governor at a primary school and a junior rugby coach, and currently sit on the Society of Head’s Deputy Heads’ Committee. I am an avid follower of Cardiff Blues rugby team and Cardiff City football club. 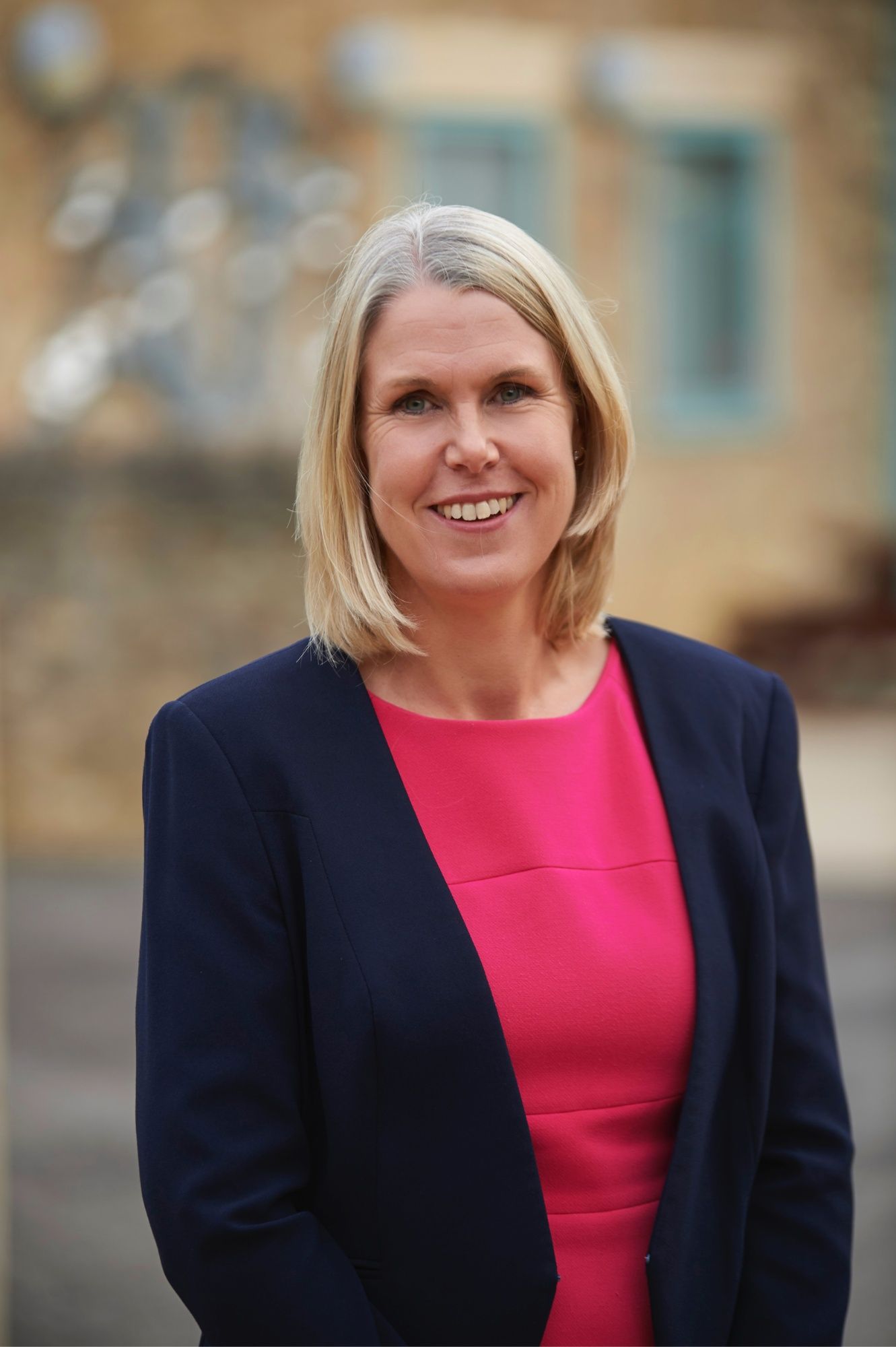 I have been at The Peterborough School since 2002 and have been The Head of Preparatory School since 2007. I have a Bachelor of Education Honours Degree, as well as a Masters in Education in Leadership and Management. I sit on the Society of Heads on the Head of Junior Schools Committee and Sports and Creative Arts Committee, and I am an Independent School’s Team Inspector and a Local Authority Early Years Moderator. 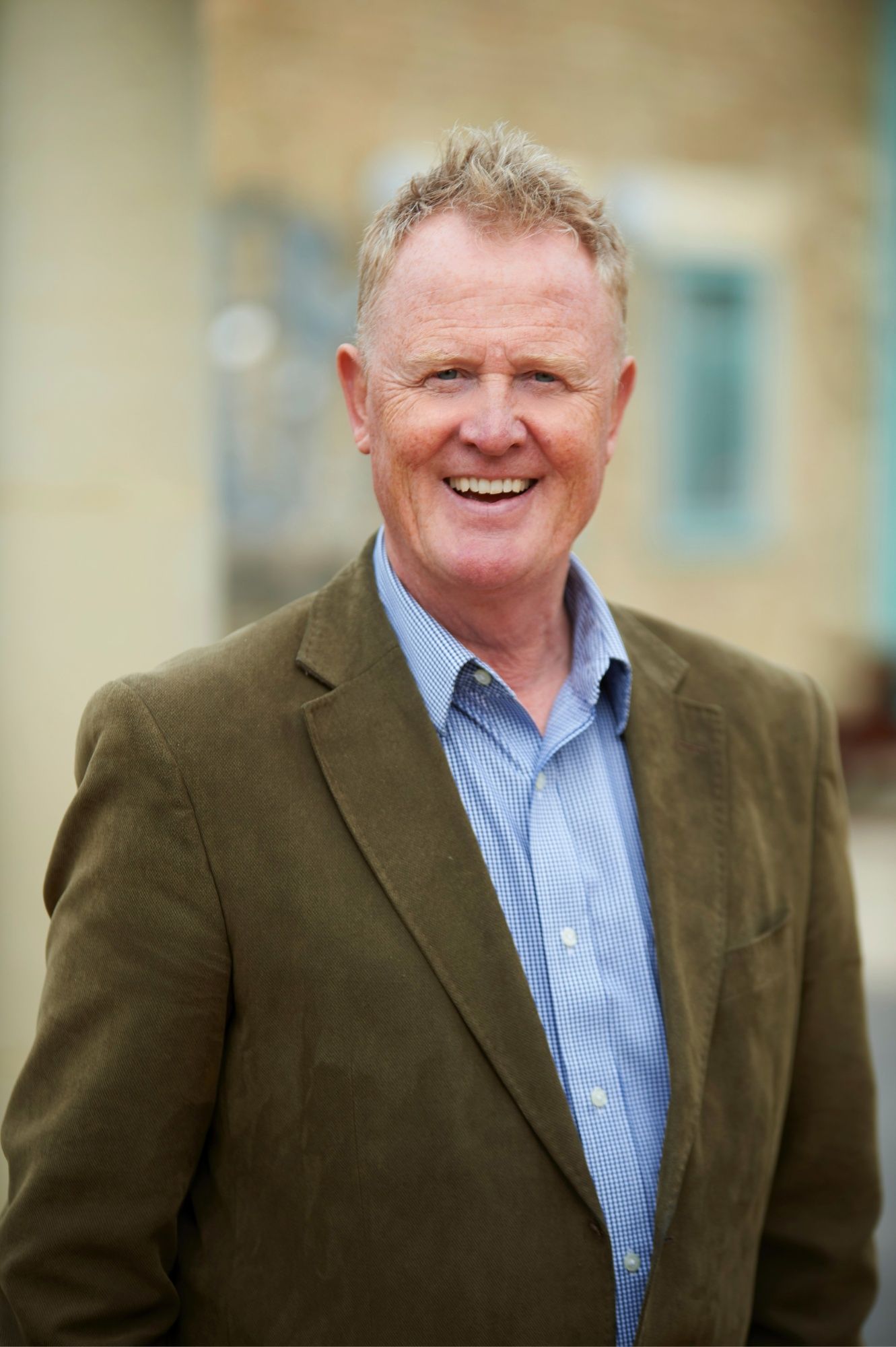 I joined the Peterborough School in June 2017 as Director of Sixth Form, coming from Madrid where I ran the university admissions programme for a large international school. Prior to this, I had worked for 20 years in Sixth Form Colleges in a number of Student Services management roles. I graduated with a degree in History from Oriel College, Oxford and still enjoy teaching the subject at GCSE and A level. I have also held a Schoolteacher Fellowship at Corpus Christi Cambridge, where I wrote an A level textbook on 17th century English History. My interests outside work include playing golf (badly) and following the fluctuating fortunes of Leeds Utd FC. I also enjoy choral music and the opportunity to sing bass with the Chapel Choir at the School. 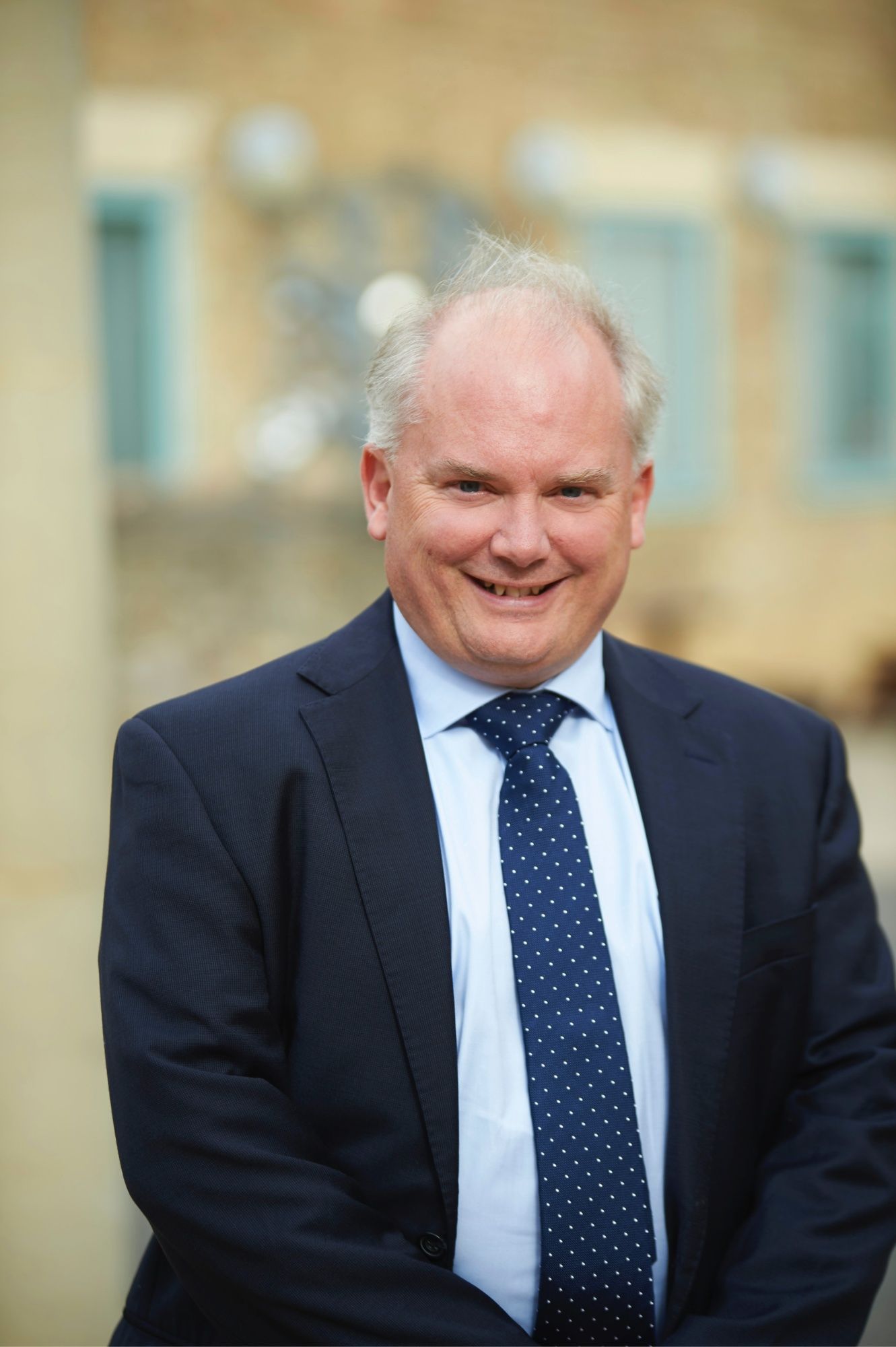 I joined TPS during the middle of the COVID-19 lockdown from Rossall School in Lancashire. I am looking to help lead the school in continuing to provide excellent pastoral care and guidance to pupils, staff and the wider school community and have specific responsibility for Safeguarding within the School. A proud Cornishman by birth, I have studied and worked in different areas of the UK and I am looking forward to getting to know Peterborough. As Senior Master at Rossall, I had responsibility for safeguarding across the whole school as well as running much of the day-to-day routine of an international boarding school. Prior to working at Rossall, I spent 11 years at Sherborne School in Dorset where I ran a boys’ boarding house alongside teaching Maths and coaching games. Throughout my career, I have held key pastoral roles and believe that excellent pastoral care and support is key to the development of young people.

Away from school, I enjoy sport and play golf, run (slowly!) and cycle (on the flat!). I am also a season ticket holder at Rotherham United and hope that Rotherham and Peterborough United both get promotion to the Championship for next season. When time permits, I am a keen woodworker and woodturner and have taken on many projects both large and small.

I was born and brought up in rural Hampshire.  I attended Churcher’s College and then Christ Church College, Canterbury, where I was awarded a degree in Geography and Education.  I have subsequently gained three Master’s Degrees over the years from The Open University, King’s College London and Staffordshire University.  I joined The Peterborough School in April 2019 as the Bursar, having spent 30 years in the Royal Air Force where I rose to the rank of Group Captain.  I have served all over the world, including operational tours in Iraq and Afghanistan.  My final position was as the Commandant of the Royal Air Force Central Training School.  In my spare time, I enjoy being outdoors; I am a keen runner and kayaker.  I also volunteer for the Duke of Edinburgh’s Award Scheme as a Programme Manager for the Bronze Award, an Expedition Supervisor and an Assessor.

I graduated from Loughborough University with a Bachelor of Science in Sport. I began my working life as a Disability Sports Officer before returning to education to complete my Post Graduate Certificate in Primary Education at Nottingham University in 2010. I taught at a local Peterborough Primary School before joining The Peterborough School in 2013, taking on the role of Key Stage One Leader shortly afterwards. My passion lies within Key Stage One as I believe this is an important time which sees children becoming learners for life and developing an independent inquisitiveness. As Key Stage One Leader, I work closely with the Year 1 and 2 team to support and monitor the progress of each child, ensuring the transition from Early Years is successful as well as preparing them for their next step into Key Stage Two. I am also subject leader for English within this phase.

Dancing is a passion of mine and I run the Preparatory Dance and Country Dancing Club. Outside of school, I run a Special Needs Cheerleading Team. In my spare time, I am a keen runner and like to keep myself fit. I enjoy spending time with family and friends and have an interest in astronomy and night photography.

I completed my Bachelor of Education Honours Degree in 1993 and have taught in London, Stamford and several other Peterborough primary schools. I have taught across both Key Stage One and Two but my passion is for the Early Years. I joined The Peterborough School in 2013, taking on the role as Early Years Leader shortly afterwards. I manage the Reception Team and liaise with our Nursery. Additionally, I am responsible for Personal, Social and Health Education in the Preparatory School and I help to organise the Peterborough Country Dancing Festival. Outside of School, I enjoy cycling, gardening and spending time with my family.

I graduated from Greenwich University with a Bachelor of Science in Education Honours Degree. Since joining The Peterborough School in 2006, I have been a Key Stage Two Form Tutor. In 2015 I became Key Stage Two Leader. This role supports and monitors the progress of each individual child to enable academic progress and the well-being of all pupils.

I started teaching at The Peterborough School in 2002. Before joining here, I taught in Birmingham and Cairo. I am the Senior Teacher in the Preparatory School, with responsibility for pastoral care, and Form Tutor for 6B. I also run the Preparatory School Choir. I have a Bachelor of Arts degree in Teaching Studies and Music and more recently gained qualifications in Counselling and a diploma for Clarinet performance.

I was born and grew up in Peterborough. I served as Head Boy at Ken Stimpson Community School and completed my A-Levels at Arthur Mellows Village College. I studied Combined Arts at Leicester University before completing the round the world trip which inspired me to become a Geography Teacher. I have gained a wealth of experience from a variety of roles in local schools which include Head of Geography, Head of Humanities and Student Support Manager.

As Head of Key Stage 3 I have the day to day responsibility for the academic progress and pastoral care of students in my year groups. I am a big advocate of extra-curricular activities and encourage students to make the most of all the great opportunities that are available to them. I run our Duke of Edinburgh’s Award Scheme which is just one example of the many opportunities that are available at our school.

I have a keen interest in most sports, get to the gym when I can and follow The Posh. I also have a massive interest in property development and will tackle any DIY project with varying degrees of success.

Being a local girl, I went to Stamford Girls School, before embarking on my academic career. I left school to study Biology, before completing a PhD in Molecular Genetics and Immunology at the University of Liverpool’s Veterinary Faculty. After working in a teaching capacity at the University, I was inspired to move into secondary teaching. I gained my teaching qualification from Nottingham University and previously worked at a School in Oakham. I joined TPS six years ago and I am the Head of Careers and Acting Head of Key Stage 4. When not in School I am a very busy mother of three children and when I have the opportunity, I enjoy cooking and tending to my many beehives.